The U.S. trade strategy is to pursue multiple market-opening initiatives on a global, regional and bilateral basis, establishing models of success that can be used throughout all negotiations.

The Association of Southeast Asian Nations or ASEAN was established on 8 August 1967 in Bangkok by the five original Member Countries, namely, Indonesia, Malaysia, Philippines, Singapore, and Thailand. 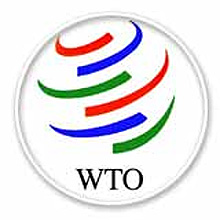 The World Trade Organization (WTO) is the only global international organization dealing with the rules of trade between nations. At its heart are the WTO agreements, negotiated and signed by the bulk of the world’s trading nations and ratified in their parliaments. The goal is to help producers of goods and services, exporters, and importers conduct their business.